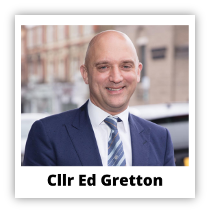 Ed lives with his wife and young family in the Wimbledon Park Grid. His youngest son is six years old and so our ward’s fabulous heritage park - Wimbledon Park – is a top priority for Ed. ‘The Park has a wonderful heritage and superb sports and leisure options - we have to protect and preserve it, and keep the Park looking great for everybody to use.’

Ed is also working to deliver better school access and outcomes in education for Merton, and is also campaigning to use the opportunities from the redevelopment of Plough Lane to invest in the North end of Haydons Road and its vicinity.

Ed works as a lawyer. He also enjoys working with the local ward police and chairs Wimbledon Park’s Safer Neighbourhood Panel, as well as running his local Neighbourhood Watch in The Grid. He is looking forward to using his professional experience to address the issues that residents are most concerned about. 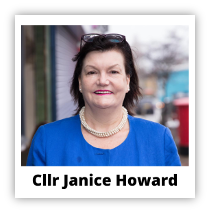 Janice has lived in Wimbledon for 28 years. She has two grown up children and lives in Wimbledon Park with her husband Andrew. She has 30 years professional experience across events, training and development, and national heritage. Elected a councillor in 2010, Janice uses her experience to ensure residents are properly represented at the council. She also served as Mayor of Merton in 2019/2020.

Over the last four years Janice has been focused on Culture and Leisure issues in Merton. Janice was a panel member of the successful Merton London Borough of Culture bid. Among many local achievements, she campaigned successfully for step free access at Wimbledon Park station, increased road safety and keeping the GP surgery open.

Cllr Oonagh Moulton has lived with her family in Wimbledon Park for over 20 years, having the privilege of representing residents as Councillor since 2002. She became Leader of the Merton Conservative Group in 2013 and served as Leader for 6 years.

In May 2010 Oonagh's extensive service and community leadership qualities were recognised when she was elected Mayor of the Borough for 2010-11. She was delighted to work with the people of Merton making young people the focus of the year and with a particular emphasis on music, sport and the performing arts. Her chosen charities were Wimbledon Civic Theatre Trust and Macmillan Cancer Support, for which over £41,000 was raised during her year and went directly to fund specific projects in the Borough.

Oonagh was appointed to LFEPA (the London Fire and Emergency Planning Authority) in May 2005. She has been a school governor of local schools for many years. She was a Governor of Bishop Gilpin C of E Primary School for 10 years and has also served as a Governor of Ricards Lodge High School. She is now a Governor at Wimbledon Park Primary School and as a former trustee she is now on the Advisory Council of the Polka Theatre.

Our plan for Wimbledon Park 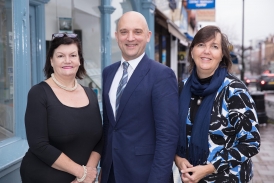