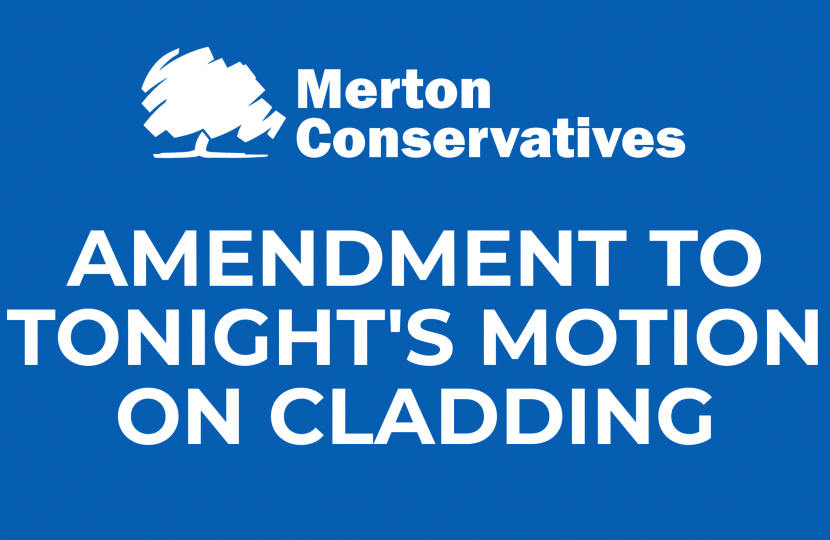 The Merton Conservative Group supports the campaign to remove dangerous cladding from high rise buildings and to protect tenants and leaseholders from the costs associated, and as such at February Council we are proposing to amend a Liberal Democrat motion to read as detailed below in order to ensure it recognises the work done on this issue both by Stephen Hammond MP and the National Government, while also laying out the steps Merton Council should take to help, support and protect those effected.

We hope all groups on the Council will join us in supporting this amendment.