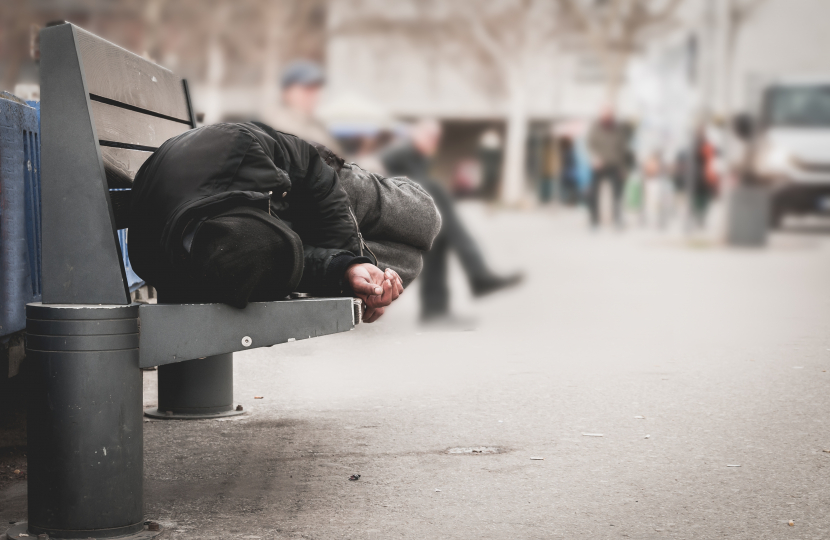 I thank all who produced this report and propose the amendment, which Cllr Holden will second in more detail.

I record my heartfelt sadness at the death of Her Majesty The Queen, someone known for her commitment to the wellbeing of all communities on the Royal Estates and beyond. I hope we look to her magnificent example.

Firstly, as per this report, Merton has a housing shortage. This not only exacerbates homelessness (perhaps we have such low numbers of households in temporary accommodation because of such low levels of it) but has a corrosive impact across society and is of profound detriment to the young, to my generation. The statistics of affordable houses being built in Merton speak for themselves.

The construction of affordable dwellings, the regulation of landlords and homelessness are all inter-connected. For five years I have volunteered at Merton’s Winter Night Shelter and I thank their remarkable team for helping me prepare my remarks.

PJ became homeless owing to a breakdown in family relations. As a full-time student, he was not eligible for financial assistance. Having the appearance of a healthy young man in a system governed by ‘priority of need’, he became homeless. PJ faced an unbelievable choice; he could opt to stop his education, receive financial support and gain a roof over his head or continue studying at the price of being homeless. He chose the latter. When I met PJ, he had been found keeping warm in hospitals during the winter nights

This report outlines complex processes, but omits any data on who ‘the homeless’ actually are; the cause of their homelessness, their needs or their background. As per PJ, this is vital data to accurately discern the success or failures of our policy and interventions.

Our Day Centre data reveals the situation in Merton today; 37 people enter a day. Of that 37, 10 are currently rough sleepers. Most are men as women remain far more hidden. They are more likely to self-medicate through alcohol and drugs. More highly likely to be subjected to trauma – 17x more likely to be the victim of a violent assault, 14x more likely to be verbally abused than the average person.

The longer someone is homeless, the more vulnerable and complicated their situation becomes. Context matters for successful policy.

PJ’s entry point to the system was via Merton’s only Winter Night Shelter, not the Council. Neither The Shelter or other such organisations are referenced or evaluated in this report despite being integral to our ability to tackle homelessness not peripheral.

In that spirit, I must share that, for the second year running, Merton is set not have a Winter Night Shelter this year. Winter is fast approaching, and I urge the Council to undertake arrangements, as other Councils have already done, to ensure the Merton Winter Night Shelter operates this winter of all winters.

This is about people and not process and is an exercise in discretion and discernment but also of partnership with all who handle these most sensitive of cases, and the most vulnerable members of our community.

Please see below the Merton Conservatives Group motion that will be put to full Council on 1st February.