Member of Parliament for Wimbledon

Stephen Hammond was born in Southampton, attended King Edward VI School and afterwards London University where he studied Economics. He had a successful career in finance, leading fund house management and working for major investment banks.

Stephen has been married to Sally since 1991 and they live in Wimbledon Park, with their daughter, Alice, along with their three RSPCA rescue cats, Cleo, Bertie and Boots.

He served as Parliamentary Under Secretary of State for Transport (2012-14) and a Minister of State at the Department of Health and Social Care (2018-19).

One issue that remains at the top of residents’ list of frustrations and dominates my inbox is the lack of cleanliness of our streets and the poor refuse collection service.

We are proud of our high streets here in Wimbledon and want to see them continue to thrive. 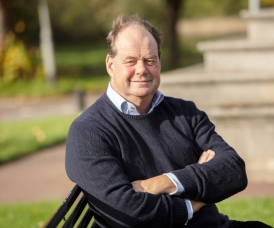