David has lived in Merton most of his life. As Merton’s longest serving Councillor he has wide experience in local government.

David is an experienced Merton Councillor serving as Leader of the Council (2006-10) and Mayor (2012-13). He has represented Hillside since 1990 and Cannon Hill (1974-87). His many roles have also drawn on his experience working for a High Street Bank in the City, now retired. He was awarded the MBE in 2019 for Political Service in Local Government. His local government knowledge has been used regionally in London and beyond. David has lived in the Borough most of his life and attended a local primary school. Other than politics his interests include travel, classical music, bridge, charitable work, membership of local community groups and active membership of the Church of England.  He has also served as a magistrate in SW London since 1990. 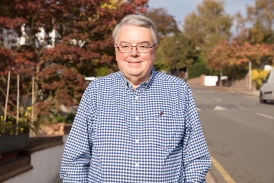