David has been a member of the Hillside Ward Conservative Councillor Team for the past 16 years during which time he has developed close ties with all of our Ward Residents Associations. Between 2006 and 2010 during the last Conservative Administration David was both Cabinet Member for Community Engagement and then for the Environment where he delivered the rollout of the weekly food waste collection service across Merton. In addition to serving in the Shadow Cabinet David is the Vice Chairman of the Borough Licensing Committee. David was appointed CBE for Political and Public Service in the New Years Honours list in 1992. 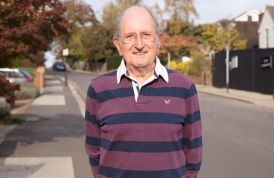