Daniel is a chemical engineer and works in the chemical industry.  Daniel loves living in Wimbledon and is passionate about preserving the character and heritage of Wimbledon, and is also a member of the Wimbledon Society.

Through his shadow portfolio role, Daniel works hard to improve the street scene and environment and wants Merton to be a nice, green and pleasant place to live.

Daniel is Vice-Chair of the Sustainable Communities Overview & Scrutiny Panel on the Council. Daniel was actively involved in the council's Climate Emergency Working Group, is a keen advocate of active travel, and likes to describe himself as an #EcoTory.

Daniel is a school governor at Bond Primary School in Mitcham.

Daniel seeks to be a community and scrutinising Councillor - because he believes it is one of the best ways to make a contribution locally and to hold the Council to account.

He also enjoys travelling, watching films at the cinema or on Netflix, and is often spotted walking through our nice and pleasant parks!

Despite opposition from local residents, the Labour Council are determined to reduce your bin collections and enforce the use of large, expensive wheelie bins. 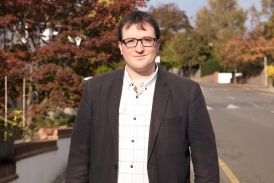