Nicholas lives in Monkleigh Road with his civil partner. Nick has travelled widely throughout his life. Born in Wellington, New Zealand, he left for North America at the age of 18 to pursue a career in sport. In the nineties he moved permanently to the United Kingdom; he has lived in London ever since. Initially working in the hospitality industry, Nick then began a career in financial services. In 2010, he started his own business, Paxton Private Finance. In his spare time, Nick enjoys exercising, socialising, and sport, and is a keen member of the Cannon Hill community. 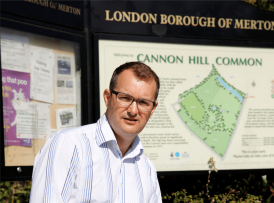