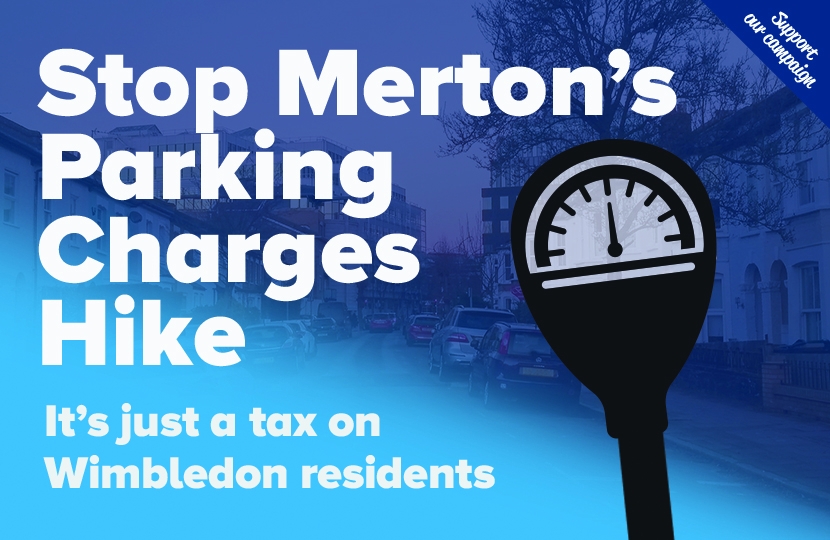 Labour run Merton Council has brought forward plans for a massive increase in the cost of parking charges on Wimbledon and Raynes Park. The Labour administration’s proposals will more than double the amount that you pay for parking permits, with the current £65 cost increasing to £120 or £150 depending on where you live in Wimbledon. The Merton Conservatives have constantly opposed this decision by Labour, which is a stealth tax on Wimbledon. Labour claims that this is an air quality measure, it is not, the increase will have no effect on air quality in Merton and is simply a tax on Wimbledon residents.

Labour want to treat Wimbledon as a cash cow to fund their financial mismanagement. Don’t let Labour get away with another stealth tax on Wimbledon. Tell Labour what you think::

The consultation will close on 5th May.

Parking Charges UPDATE - have your say

Under Labour-run Merton Council, there exists an unacceptable and shameful nine years of healthy living gap between people living in the most and least deprived areas of the borough, due in no small part to our poor air quality.