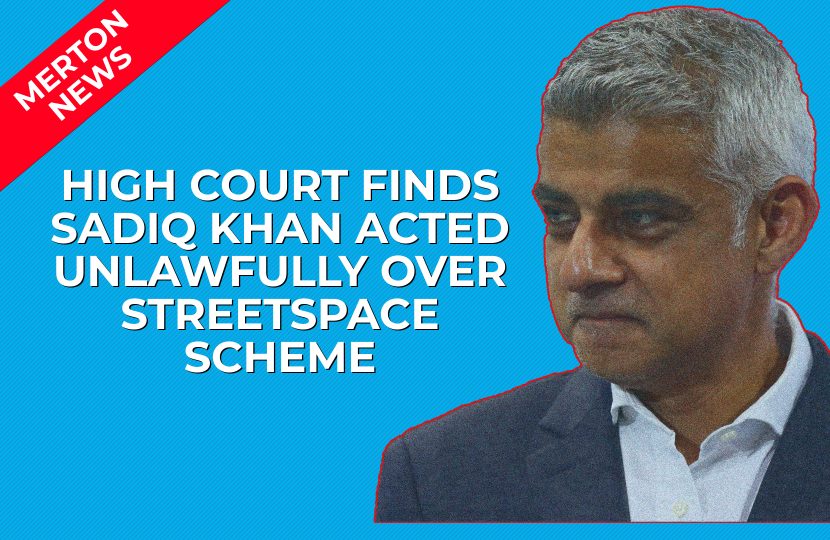 The Mayor of London has been found to have acted unlawfully by the High Court after ‘seriously flawed’ and ‘radical’ changes were made to a large number of London roads without proper consultation in response to the Coronavirus pandemic.

Justice Lang stated the sheer scale and ambition of the so-called ‘emergency measures’ to promote active travel - such as the introduction of floating bus stops and segregated cycle lanes - suggested that these changes were intended to be permanent as opposed to temporary measures. The Judge also highlighted that the changes had a negative knock-on effect for residents, particularly those who had difficulty walking or cycling, because it became more difficult for taxi drivers to offer curb-side pickups.

Merton Labour supported these changes and have also used the pandemic to justify imposing a number of low traffic neighbourhood schemes throughout Merton without seeking the advice of residents, and without performing any meaningful studies into the potential knock-on effects for disadvantaged groups such as the disabled or elderly who rely on their cars for transport.

“The Mayor of London Sadiq Khan has been found to have acted unlawfully by making sweeping changes to London’s roads without undertaking proper consultations, and Merton’s Labour Council seem to have been following his playbook. Residents have a right to be consulted about major changes to their roads and their communities and yet under the guise of ‘temporary measures’ residents have once again been ignored. This is totally unacceptable.”

Merton Conservatives believe that the residents of Merton should be properly consulted before any major changes are made to the road network, public transport, or before the closure of roads. By failing to do this Merton Labour and Sadiq Khan are preventing the voice of our local community from being heard, and are showing once again that they are not interested in the views of the people they are supposed to represent.