During the full February meeting of Merton Council, the Merton Conservative Group’s position on Low Traffic Neighbourhoods (LTN) was misrepresented by Cllr Martin Whelton. The truth is that we oppose a number of the newer ill-thought out LTN schemes such as the Merton Park LTN proposals.  We have no plans to reopen historic LTNs, instead we want to ensure that the schemes are properly consulted on going forward to avoid creating more problems than they solve. 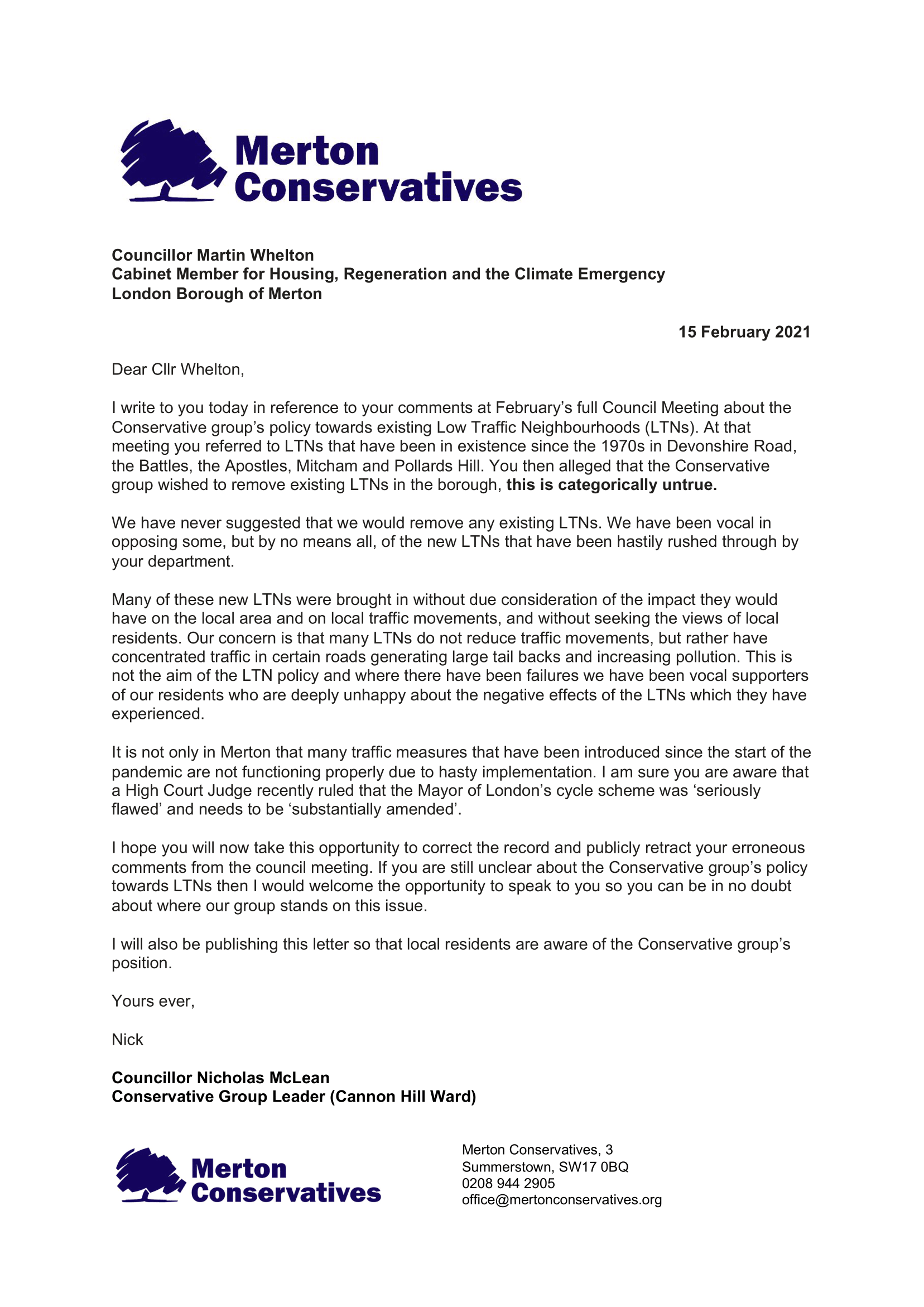