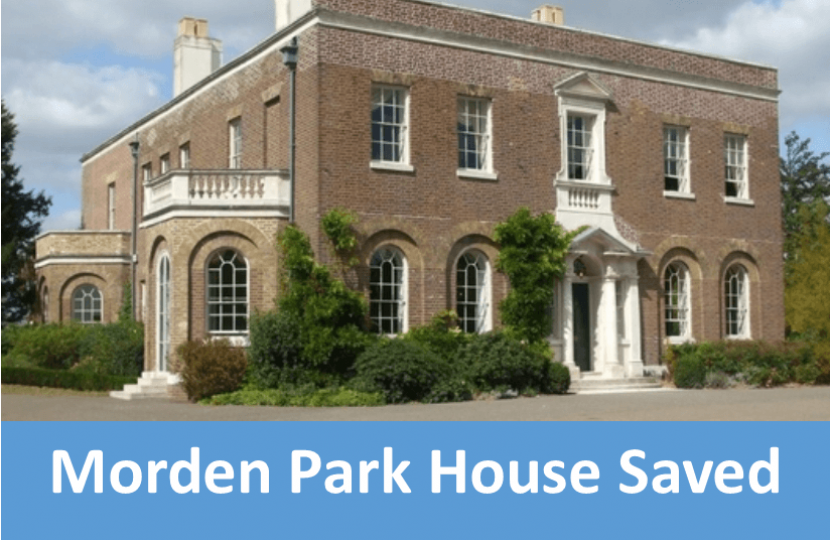 The Labour administration had been planning to close this much used historic venue, however after Merton Conservatives called for a rethink Labour has backed down and agreed to keep Morden Park House open.

The proposal to close Morden Park House would only have saved £78k in financial year 2021/22. At present the Registry Office conducts around 900 weddings per year, which made £595k in 2017/18. In addition Morden Park House has previously received £1.8 million English Heritage to ensure that one of Merton’s cultural asset could be preserved.

“At the scrutiny meeting it was clear that Labour didn’t have a clue about how important Morden Park House is to this community, and had no idea about the amount of money the registry office generates. We were able to hold Labour to account and prevent this act of cultural vandalism which would have been a huge loss to our borough.”

“We said from the start that this would not save any money and would harm Merton. Its great news for Merton that Labour have backed down, and that this much used, and much needed facility has been saved from Labour’s senseless cuts.”

Today we have announced a world-leading £1.57 billion package of emergency grants and loans to protect Britain’s world-class cultural, arts and heritage institutions from the impact of coronavirus.